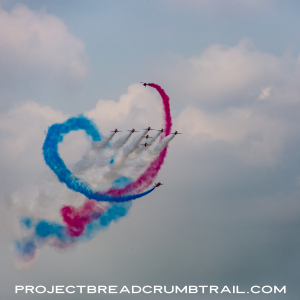 We stood in a circle with our arms wrapped around one another, as we shared a moment of silence in remembrance of those who lost their battle with addiction.

An authoritative voice instructed us, “Put your right foot forward if you’re headed in the right direction.” Everyone’s right foot went into the circle.

And then the question was asked louder and with even more authority, “Who woke us up this morning?”

That’s how we ended every meeting for thirty straight days inside rehab. We walked away knowing that even though everyone placed their foot in the circle, statistically only two of us would remain in the right direction and stay clean. This made for a constant overcast of discouragement as well as a gentle curiosity between the fifteen of us.

The stats we were told back in the 1990’s are comparable to what recent research shows today on addiction and relapse rates. It’s a shame more progress hasn’t been made and it made me question an article I read from the American Addiction Centers. The article read,

“Addiction is considered a highly treatable disease, and recovery is attainable. About 10% of American adults who are at least 18 years old say they are in recovery from an alcohol or drug abuse issue.”

If addiction is considered highly treatable, why are relapse rates so high? 🤔

Could it be that what we believe, we achieve?

I have to wonder if being told success is limited and that there is a cap on how many individuals will “make it” plays a role in the results.

Could it be that the statement “what we believe we achieve” is in fact true, regardless of what the belief is?  🤔

Whether we like to admit it or not, the information we are fed and the experiences we see around us influences us on multiple levels, including sneaking in to our subconscious.

For reasons that would take up a book instead of a blog post, I grew up pretty jaded to the idea of marriage. At a young age I decided I had seen more than I needed to determine I’d stay single forever. As an adult, I’ve seen some really ugly divorces that had reinforced my beliefs.

I didn’t realize it was happening but over the years I had developed something called a core negative belief. I discovered this in 2013 while doing a book study lead by a friend of mine, who was in the process of getting certified as a “Radical Forgiveness, Life Empowerment Coach”. (Fancy title, I know!)

The objective of the book and the assignments that went along with the reading, was to identify your core negative belief and then positively reconstruct it. This was the most amount of self-work I’ve ever done and it wasn’t long before I identified my core negative belief.

Those three words fell from my lips as tears fell from my eyes. I started thinking back to all of the examples I had witnessed and experienced where love was involved, but it wasn’t enough.

After making this breakthrough of sorts, I was tasked with reconstructing this belief in a positive way so that it would no longer set limitations in my life. Step number one was to be open to thinking differently about the belief.

That was it. I didn’t have to think differently. l just had to be open to thinking differently.

As I worked through overcoming this deeply imbedded belief that had manifested itself into my reality, I also started praying about it. In typical Maria fashion, I prayed for a form of freedom.

Freedom from my core negative belief that love isn’t enough.

Freedom from my death grip on believing that dying alone was my self-proclaimed destiny.

Free to open my heart and my mind to having a husband to share my life with.

I prayed, “Dear God, please show me how to be open to the possibility that love is enough.” 💕

One thing I’ve learned about God, is that He knows the desires of our hearts and He knows the plans He has for us which are far greater than anything we can imagine ourselves.

Our problem is that we disrupt our own paths because we get caught up in what we think our reality is. This is caused by how we think and what we believe.

What happened next was a two-step process. Part one began with a new-found open-mindedness and some gentle winks from God that it was OK to think differently about the topic of love and marriage. It didn’t happen overnight and it was by no means a flawless transformation, but over the course of the next few years, I had decided that I wanted the very thing I spent most of my life avoiding.

Love, marriage and maybe even a baby carriage!

Part two started when I moved across the country with the man I felt I could share these things with. In addition to building my life with an amazing man, I chose to explore a deeper relationship with God as well. As both of these relationships grew, I continued to ask God to show me it was still possible.

This is what He did:

Within two weeks of moving I joined a women’s group through church. Every woman in the group was happily married with children. I’m not talking about two or three ladies. I’m talking about fifteen women who became my first friends in Texas. I don’t think I could have counted fifteen married couples throughout my entire life that had never been divorced and were happily married, but there we were, all together in one room.

Then, the following Sunday at church a new four-week series started called “The 4 Laws of Love.”

Each week addressed the Biblical principles and scriptures that supported God’s intent for marriage.

It was the most powerful message I’d heard and it hit closer to home than any other sermon I’d listened to. It was informational and hopeful and I’d highly recommend the book written by the Pastor who led the series.

The real mic drop came a couple of weeks later when I met my downstairs neighbors, Ron and Judy, who have become a beautiful part of my life.

They have guided me in what I call my Jesus journey. They’ve been married for sixty years. SIXTY YEARS! When I learned this I literally heard God say, “Have you seen enough yet?!? Nothing is impossible with me.”

You see, it doesn’t matter how many people stick their foot in the circle. What matters is what you believe and your ability to be open to the odds being in your favor.

Twelve step programs have proven to be highly successful in the world of recovery. Could this be because the people attending are told they are more likely to succeed by being in the program? 🤔

Is it because they’re told the odds are in their favor? 🤔

They’re also paired up with a sponsor, someone who has been successful and stayed clean. This gives an even bigger sense of hope because they see for themselves it worked for another person, therefore, it’s possible for it to work for them.

Is it a coincidence that six of the twelve steps in recovery include God?

We are surrounded by breadcrumbs at every stage in life. It’s our choice to select which ones we pick up and hold on to and which ones we gently let fall to the ground when we realize they do not serve our highest good.

To this day, I still say that serenity prayer each night. After “the courage to change the things I can” I have added, “especially my thinking.”

Today my life will change forever, until death do us part, as that amazing man and I join together with God as one flesh.

When I prayed for God to surround me with the best people to help me build my relationship with Jesus, He placed me in an apartment right on top of Ron and Judy.

had no clue then that Ron would be the minister to marry me and the love of my life. Coincidence? I think not 😉

My husband and I know that there will be times when love won’t feel like enough, but we also know that feelings aren’t facts and with God all things are possible.