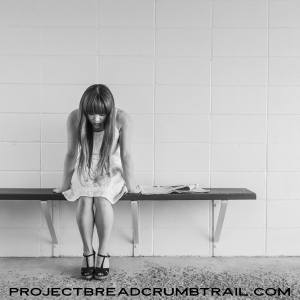 Hi, my name is Maria and I’m an addict.

The first time I spoke these words were twenty plus years ago. They were followed by, “My drug of choice is cocaine.”

Feeling the vibration of those words leaving my mouth, left me feeling as though I was having an out of body experience. Sometimes we don’t know who we are, but we know who we’re not. I was no longer the vibrant, fun loving little girl who loved to roller skate in the driveway, sing and dance for endless hours in the kitchen, and strategically line up her Care Bears in order of preferred powers for an afternoon tea party. I don’t know where that little girl went, but she was definitely gone. At the same time, I knew the young, adolescent addict temporarily residing in an inpatient rehabilitation center was also not me.

Have you ever been somewhere, with someone, or maybe alone, doing something, and knowing, deep down in your gut, that the person in your body wasn’t really you? Have you ever known you weren’t supposed to be wherever it was that you were? Have you ever thought, how did I get here?

The first time I read Matthew 26:41 “The spirit is willing but the flesh is weak” I thought, WOW, my flesh must be on the extremely weak side. Funny considering my athleticism and physical strength! This quote from scripture basically means that our intentions are good, but sometimes we fail to live up to them.

I’ve found myself in this predicament many times throughout my life. Simple situations like going out for a friend’s birthday but then waking up not remembering who drove me home. Or setting my alarm to get up early to workout, but hitting snooze ten times instead and sleeping in. Sometimes I tune in for church online and then I fall asleep while watching, just as the disciples did in the Garden of Gethsemane.

Those examples aren’t quite as extreme as someone becoming a drug addict or self sabotaging themselves into a chronic disease, but, they can still make us feel pretty down on ourselves.

Thinking back to the night before I (willingly) was admitted to that inpatient rehab, I remember it as a most conflicting feeling. On one hand, I was excited and somewhat relieved to be getting help, to literally being ejected from the world of temptation and put in a safe place. I felt hopeful and supported and ready. On the other hand, I was so embarrassed that I got myself to that point, I could barely look back at the reflection in the mirror.

I was angry with myself because like most kids, I went through the D.A.R.E. program and I knew drugs were bad and I knew I shouldn’t have kept the company I did at that time. I thought I could handle it. I thought I was in control. I thought I was just being “cool.” My intention was far from what my outcome was.

It’s easy to give in to the temptations of the world. Sometimes it’s not even the world, it’s a feeling of discomfort or lack within ourselves that influence us to seek out reprieve. It’s easy to go along with what makes us feel good and remedies our emotion at the time.

I saw this on several interviews with the ongoing protests. The journalist would ask a group, usually young people, “Why are you out here? What are you trying to accomplish?” A lot of those people looked like a deer in headlights. I was not convinced they knew what their agenda was, but instead just wanted to be part of the movement, regardless of the cause or repercussions. Sometimes, it’s the mere ability to control what it is we are posting on social media.

A couple months ago I made a social media post regarding the Black Lives Matter Movement. I knew it was and still is a highly sensitive topic, so I tried to be considerate with my post. The purpose of my post was to stress the importance of knowing what it is you support and why. This is applicable in all areas of life. Knowing your core values and your world view, and being rooted in them, should make life simpler.

In that post, I stuck to the facts and shared a video that had surfaced with Black Lives Matter co-founder Patrisse Cullors, where she said that she was a trained Marxist.

I was personally shocked when I heard this news. I spent several days letting this information mentally marinate. I started wondering if everyone else knew this, and if I was just odd man out. So, I very hesitantly, yet very politely and respectively reached out to a handful of people that I know who are openly passionate about the movement and that frequently use the hashtag, and asked them, do you know what Marxism is? Not a single person, without admitting that they looked it up, knew what it was.

This is the part where just like an addict needing a fix, I felt like I would explode if I didn’t yell from the roof tops “You’re all being played!”

I watched donation after donation be made, confident that many didn’t know their funds were (and still are) going directly to Act Blue and into the hands and campaigns of Biden, Pelosi, and Sanders. Is this illegal? No. It can all be publicly verified through the financial transactions at FEC.gov.

Is this info made public? No. Which is one of the reasons I felt people were being duped, not fully understanding what it was they were supporting.

I  remember thinking before I made that BLM post, that I wholeheartedly just wanted people to realize what they were contributing to and supporting, but, I knew it might cause a minor uproar, and it did. Knowing that it may cause more harm than good, and may deteriorate some relationships, which it unfortunately did, I did it anyway.

What I wanted to be a hero moment, exposing the truth behind a movement, left me feeling angry and confused. My spirit and my flesh both felt weak.

Watching the news earlier this week I wondered if the restaurant patrons who were harassed by BLM in DC felt weak.  While the group chanted “No Justice, No Peace”  diners were bullied and threatened into supporting the movement, by putting their fists in the air. The few who remained rooted in their beliefs and wouldn’t comply, were met with spit in their face. I applaud these few, because even when we know better, we don’t always do better. More often than not, we cave.

When I entered that rehabilitation center back in nineteen ninety something, it felt like time stood still. I knew that I would make it, because something inside very clearly said, “Time to take a hard left and get off this path.” Often times that voice, the one that doesn’t use words, can be louder than the words we hear from the voices all around us, even if they’re screaming and spitting in our faces.

It’s the voice that pierces our soul, and resides in our hearts. We know it’s there, because without it, without knowing what should be and ought to be, we wouldn’t have the feelings of self loathe and experience cognitive dissonance, doing things we really don’t want to be doing. We wouldn’t find ourselves wishing to be ejected from the world of temptation and gently placed in a safe place.

That voice is the opponent of the evil one, and if you allow yourself to listen, it will lead you to victory.

The opponent’s name is God.