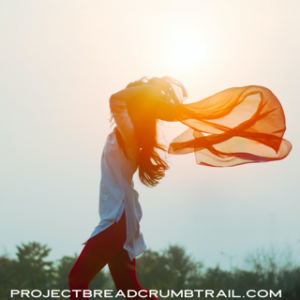 The look on the maintenance man’s face was priceless. His jaw was practically touching the floor and his eyebrows almost reached the ceiling. It was the first time he worked on something in my apartment and was completely shocked that I didn’t have a TV. (I did have one…..I just didn’t use the thing!)

Most people had the same reaction. When my (now) husband came over for the first time he was equally shocked. He jokingly asked how I knew where to point the furniture without a TV! (He’s a funny one!)

My explanation of my time was always the same. Instead of Netflix and chill, I would read and relax. Instead of screaming at the players chasing the ball on the screen, I would support my local watering hole. Instead of background noise, I embraced silence. Instead of endlessly scrolling through the channel guide, I cranked up some tunes. I may or may not have danced around as I cooked, cleaned or played with my pup. (RIP Major.) Instead of watching the latest court cases, I’d write about my own trials and tribulations.

I admit I didn’t pay much attention to what was going on in the world around me. I also admit that was somewhat ignorant. There were a lot of conversations I couldn’t participate in because I couldn’t speak intelligently to the topics making headline news.

I can confidently say I miss these times. As someone who is now “in the know” I feel enslaved in many ways. I used to feel free. Free from thoughts that now keep me up at night. Free from fears of ideologies I stand firmly against. Free from the fight to not pass judgment towards others who think differently than me.

I hate the feeling of being a slave to something. I felt this way when I used drugs, when I was in debt and when I was working a corporate America job. I broke free from each of  these examples. Of these three, leaving corporate America was the hardest. Any rational person would agree that being drug free is better than being a drug addict and being debt free is better than being in debt! The decision to work or not to work for the man isn’t quite as easy.

Any simple Google search will give you a pros and cons list. That list looks similar to the list I made both before I made my decision and again when I was deciding whether or not to go back! Most often, the pros and the cons balance out pretty well, making the decision that much harder.

Having been on both sides of these income earning potentials, I can share a few things that you won’t find in a Google search because they’re things I wasn’t expecting vs calculated risks I was prepared for. These feelings were a surprise!

The Feeling of Fire Under My Feet

When I worked for the man, I had deadlines to meet and goals to hit. (Which by the way, I always did!) Though I had these targets, there was a lack of motivation that I didn’t know existed until I went to work for myself. I realized that if I had not met my goals or if I had missed my deadline, chances are I’d have a good reason. The worst that would happen is maybe I didn’t get a bonus on top of my already respectable pay or maybe I got a “talking to” from my boss. Chances are I wasn’t going to lose my job. Working for myself, if I wasn’t prepared, organized and in constant hustle mode, I would lose business and therefore, income. The fire under my feet was MUCH hotter being self employed. If you’re a person who can’t handle pressure very well, self employment might not be the right road for you.

The Value of Your Time Increases

Regardless of where I worked, I never looked at the commute as a factor in pay. I looked at it from a convenience perspective and that’s about it. In the world of self employment, the time I spent driving was factored into my rate. It was interesting to see that for the same hourly rate as an employee, I would happily drive 45 mins to the office. Your time becomes more precious when you’re self-employed, because time spent in the car takes away from time with clients.

This one is hard to put into words. As an employee I would easily put in 65 hours per week. I prided myself on being the first one in the office and the last one out. My weeks always ended feeling exhausted, drained and stressed. I experienced those same feelings being self employed, except it was different. It was MUCH more satisfying because it was for ME! I was doing it for me, not for anyone else’s motives or agendas or paychecks. It was all about me, and every person I know who is self employed will agree that it’s a very different feeling. While I often felt proud and satisfied as an employee, those feelings increased about 1000%.

Habits and Schedules were Hard to Stray From

When I first started my personal training business, I didn’t have clients on Fridays. This wasn’t intentional, it was just how the schedule worked out and I didn’t have many clients at the time. I set this day aside as an “admin” day. I would put together all of the next week’s workouts, track expenses, work on my website, etc. At first, even if it was a bright sunny beautiful day, I’d stay in my office all day working. The next day would be a rainstorm. No one said I couldn’t do that work on Saturday and enjoy Friday. As a person who likes routine and repetition, freeing myself from a set schedule was hard to do. It was hard for me to adjust to owning 100% of my time. If you like being told what to do and when, self employment might not be for you.

The pros and cons regarding being an employee or working for yourself will vary from person to person. There is no right or wrong way, only what is right for the individual. The only person that can make that determination is the individual. The only way to be able to make that decision circles back to the topic of freedom, the freedom to choose what is best for us. That’s part of our American freedom.

Any Google search for pros vs cons in self employment will list “being alone in your environment” as a con. I disagree. Being alone affords you the opportunity to reaffirm your deeply rooted beliefs and what you stand for. I stand for faith, freedom and the American flag. Statistically self-employment is the road less traveled. That’s my favorite road and I will choose it every time.