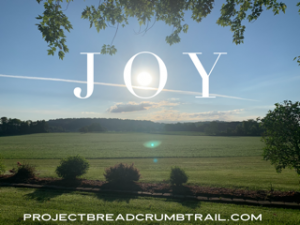 This week I share with you a message I received from my dear friend, Linda.  She writes daily devotions and short prayers that I look forward to receiving via text.

As a patriot, this message hit home for me. I often ask the question, “As a Christian, when is enough, enough?”

When do we step out of our quiet and humble lives to take a stand against the forces working against us? These forces are attempting to eradicate the principals that the Unites States of America, one Nation under GOD, was founded on. These principles made our country the most sought after in the world.

While the message didn’t exactly answer this question, it did help remind me of the greatest act of love in history and the emotion that ignited it. It gave me peace and inspiration, as both a Christian and a patriot.

It starts with the following scripture from Hebrews 12:2

“For the joy that set before him he endured the cross, scorning its shame, and sat down at the right hand of the throne of God.”

With this past weekend being Memorial Day Weekend, it gave me a lot of food for thought.

Though the passage above specifically refers to Jesus, I keep thinking that it has to be a similar attitude that compels soldiers to do what they do. Knowing that “we the people” are safe and secure in our freedoms is the joy that helps them endure the hardships of war, and helps them fight their battles.

The first Memorial Day observances took place after the Civil War, to honor all the men and women who died while serving in the U.S. Military. It’s been acknowledged ever since, with citizens visiting cemeteries, holding memorial services, flying American flags, marching in parades, and gathering with family and friends; though the day didn’t  become an official national holiday until 1971.

So much blood has been poured out on our behalf:

All of these conflicts saw the best and brightest of our young men (and women) “pick up their cross” and trudge into harsh conditions and bloody carnage, not knowing if they’d see the comforts of home ever again. Yet they did it anyway. There’s no way we can either thank them enough or completely understand what they went through.

Thank You for making Love and Joy the motivation for standing up against the evil in this world.

Thank You for setting the example that true love is being willing to lay down your life for someone else (John 15:13).

Please help us daily to honor the sacrifices that were poured out for us (both on Your Cross and on so many bloody battlefields), by living lives that communicate that true love.