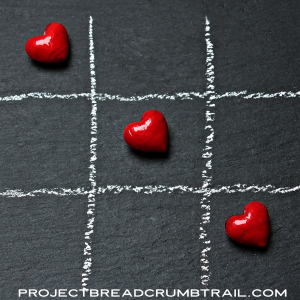 I could hear the words of Jewel’s song, “Foolish Games” being sung all the way down the opposite end of the hallway.  I wasn’t familiar with the song at the time, but her voice was beautiful so I followed the words.

I made my way to the room that housed the tone. Her name was Ryan and her voice was just as delicate as it was powerful. She sat on the window seat in her room, knees tucked into her chest as she stared out the window and sang.

I was the one standing in the doorway, just as the lyrics state, with nothing to say. I was speechless. I had known Ryan for a couple of weeks, but I had no clue she could sing like that. Ryan was the resident heroine addict. She was quiet, but had an incredibly strong presence.

Time stood still as I listened to her. Eventually her voice trailed off as she looked over at me. I managed to muster out the words “that was beautiful, you’re beautiful.”

I loved that song and wondered what inspired it. I learned that it was about loving someone who didn’t love you back. While writing this post I looked up the meaning again and per Wikipedia, “The song details the frustration and agony of knowing that the intensity of one’s love is not reciprocated by one’s lover.”

I will never forget the sound of Ryan’s voice that day or the image of her sitting on her windowsill singing. A young girl, so beaten down and so broken you could hear the hauntingly beautiful sorrow in her voice.

The vision I held then and to this day reflects not only the beauty and strength in her voice but within her entire being as well. Unfortunately, she didn’t see herself that way and I certainly wasn’t looking at myself that way either.

That was the first time I remember thinking of my situation as a foolish game. The players were me verses me and I had been losing each round. This ties in to a previous post about me knowing that what I was doing was wrong, but experiencing failure in the flesh and giving in to the wrong doings anyway. Though each of us residing in that rehabilitation center had a different addiction, we were all playing our own version of a foolish game called life or death.

I’ve never used heroine but I have seen the affect it has on addicts and their families. I remember Ryan telling us about the detox she was required to go through before coming to rehab. It was hard to picture her laying on a floor, shaking and trembling and throwing up for days, sometimes choking on her own vomit.

That was a mental vision I worked hard to forget, but the memory resurfaced one day while reading the book of Proverbs. If you love inspirational quotes and motivational memes, you would love the book of Proverbs. It’s composed of short sayings taken from multiple writers of the Bible that give instruction on wisdom and living a righteous life.

In reading the Bible, I’ve found it to be filled with God’s love for us and His playbook for morality, but there are also some parts that leave my eyebrows scrunched and my jaw on the floor. This was one of them.

“Like a dog that returns to his vomit is a fool who repeats his folly.” Proverbs 26:11

What a grotesque statement and image to think about. A dog eating his own vomit! If you’ve ever owned a dog, you’ve likely witnessed this.

My brain started racing. Not only did I think of Ryan and her heroine detox but I thought about all the times I drank too much and got sick, and all the times I’ve watched others get physically sick. Then it happened. The thought of going back to the hurl and purposely ingesting it. Sorry folks, I’m just as grossed out as I type these words.

Obviously, no one in their right mind would ever do something like that. Or would we? I can attest to going back to the very thing that made me sick on more than one occasion. That’s addiction at its finest. To an extent, every one of us does this in some capacity.

Let me give you a less extreme example. Social media is flooded with negativity, bantering, and pictures that make us feel less confident about ourselves. Along the same lines the news is filled with headlines that make us furious and increases our blood pressure. I personally say it all the time, “I can’t watch the news anymore. It’s making me sick.”

For me, it’s usually only a couple of hours before I tune in for another dose of blood boiling information.

Why do we do this? Why do we so willingly go back for more of the things that make us sick?  Are we fools?

Proverbs 26:11 painted a picture for me that lead me down a very visual train of thoughts, and I wanted to know more about what it meant.

In the Bible the word fool and foolishness appear many times. A fool refers to someone who disregards God and His word. Sometimes a “wicked man” will be referred to as a fool in Bible. That “wicked man” does wicked things. It’s also common to see a fool be referred to as someone who doesn’t learn from their mistakes. In Proverbs 26:11 the dog represents a wicked man and the vomit represents his sins. His foolishness, or wickedness, sends him back for a second helping.

I’ve realized that in a certain capacity, most of our addictions and mistakes are a form of sin. Think of the skeletons in the closet. Are they shoved back there because they represent thoughts or events that are considered wholesome? Probably not.  I’ve also realized that if we learn God’s word and the wisdom derived from it, we are more likely to avoid sin.

Being a believer doesn’t exempt our ability to commit sin, but will steer our moral compass in a direction that helps us learn, thus preventing that second helping. Being in God’s word eliminates the amount of rounds we play in our own foolish games.

2 Peter 1:3-4 states, “His divine power has granted to us all things that pertain to life and godliness, through the knowledge of him who called us to his own glory and excellence, by which he has granted to us his precious and very great promises, so that through them you may become partakers of the divine nature, having escaped from the corruption that is in the world because of sinful desire.”

There are many factors that contributed to me winning in that life or death game. One of them was the existence of God in my life. Like Ryan, He can be quiet at times but still have an incredibly strong presence. He’s the voice that doesn’t use words, but you can feel in your gut when you’re doing something you know you shouldn’t be doing. That’s His love trying to protect us, most often not reciprocated, just like the deeply depressing concept of “Foolish Games.”

Regardless of your religion, there is one commonality that we all believe, and that is one day our time here on earth will expire. Opening your heart to accept God’s love for us helps prevents us from playing the same games over and over again. Therefore, it helps us save some of our precious time in this world.

In the game of life there are two teams, the fools vs the wise. Only one can advance to the bonus round, which is eternal life with Christ in heaven. Free will allows us to choose which team we play for. God’s love allows for an open trade to the winning team at any time.