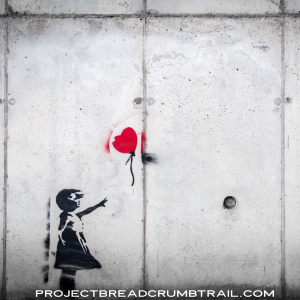 Hello, my name is Maria and I’m an addict.

My drug of choice is cocaine.
I’ve been clean for 32 days.

Those words first left my lips at the ripe age of fourteen. I was at my first Narcotics Anonymous meeting post a thirty day impatient rehab stay.

A round of applause and a few hoots and hollers came from the other members in attendance. I was supposed to feel encouraged, but I felt more terrified than anything. Not terrified that I would be judged or that anyone would treat me badly, but terrified I would end up like my fellow addicts.

I was at least a decade younger than the next youngest person there. That didn’t matter though, because age, race, and gender were irrelevant, unlike today’s times. We were told, in rehab, that only one, maybe two of us, would stay clean. Those statistics were shared to an audience of fifteen.

I slowly looked around the room at the faces staring back at me. I could feel that they were just as cautious and suspicious of me as I was of them. Sadly, none of them looked like first timers.

In a book called The Day America Told the Truth, 98% of people interviewed (that admitted telling lies) stated the reason they lied was to not offend anyone.

This book was written in 1991. A few things have changed since then and I’m wondering if the reason people lie today would be the same.

Since we live in a culture where everyone is offended by something, I would say, with just a hint of sarcasm, that it would seem we have become more honest! Or, is it that today we are more concerned with pleasing others and protecting ourselves? In order to do that, please and protect, the tables may have turned on who we are lying to. Instead of lying to others, we compensate by denying ourselves the ability to speak our truth.

A way to protect ourselves, is to ensure we are well liked, especially, and quite literally, with social media today. This means we often try to please the masses, yielding to the latest trends and selling our best versions of ourselves.

What happens when we are worried about offending others and even more so being judged by others, is that we end up oppressing ourselves. It’s a duality of being both the oppressed and the oppressor. Those terms date back to when Karl Marx used them to describe the bourgeoisie and the proletariats, but today, I believe we battle between those two groups within ourselves. The oppressed are our skeletons, and the oppressor is our conscious self, our current self, and the day to day best version we sell of ourselves.

I’ve spent a good portion of my life working tirelessly to keep my skeletons in the closet, and though I didn’t necessarily lie to others, I found myself  intentionally omitting parts of my past and parts of what I considered to be the truth about me. Even though I was not living a lie, I felt like I was because I worked so hard to keep my past suppressed and what I considered to be my skeletons, tucked away in the closet.

Those skeletons yelled “You’re a fraud! If people find out about you, they’ll never look at you the same!” They relentlessly banged on the door, begging to be let out. The louder they yelled, the more fearful I became.

It is said that the truth will set us free, and depending on what that truth is, it’s very likely it will upset us, and affect others, along the way.

The truth that you’re not in love with your partner anymore.

The truth in owning that most of the problems in your life, were caused because of you.

The truth that you have an addiction, and need help.

The truth that you can’t get pregnant, and feel like a failure.

The list goes on and on and more often than not, these truths are hard to accept, by ourselves and others around us.

Speaking your truth can cost you your job today.

Speaking your truth can cancel you and cancel culture today.

Speaking your truth can decrease your social media followers, and deteriorate friendships.

It’s amazing that speaking your truth can have such a negative impact while simultaneously setting us free, by alleviating the weight we have mentally and emotionally carried within us.

I had always wondered where that saying came from, and when I started studying the Bible, I found it in John 8:32, “And you will know the truth, and the truth will set you free.”

That quote is often used in reference to education, but it originated from the mouth of Jesus. I find the education relation to be very interesting, since our country is currently divided on our American history and what our country’s truth is. I find it equally interesting, that when Jesus said this, the Jews were under the thumb of the Roman army and some believed He was speaking of a political freedom, but, He was not.

Now, is it possible that our skeletons are sins? This will depend on what you believe, but, let’s face it, most of us don’t hide things that are considered widely acceptable, legal, or of no harm. I think it’s safe to say, we are slaves to those skeletons. At least I was.

After decades of barricading my closet door shut, scared to expose the stories and truth of my youth, I found the courage to open the door. The only thing that had changed in my life was my relationship with God. Though I can’t say that I never sin, I can say I no longer feel like a slave to my skeletons.

I had previously looked at God the way I had looked at the others in that NA meeting, with suspicion and caution. But I learned that He is the ultimate truth, and like the safety within that room, I feel a safety today, in the arms of my Savior, who has set me free. Though some of the earlier examples of truth might hurt us to accept and hurt others a long the way, the ultimate truth, will never hurt us or forsake us.

When I finally opened that door, I was not met with skeletons, but instead walked out a confident woman, refreshed, and made brand new.

My name is still Maria and I am still an addict, but today my drug of choice is the way, the truth and the life.